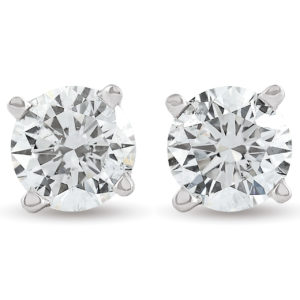 There was a time in the U.S., only last century, that poking a hole into the ear to place jewelry was frowned upon. That’s why screw-back and clip-back earrings were so popular until the 1960s. But, the wearing of earrings dates back to 5,000 years before the time of Jesus and has changed significantly in terms of styles and reasons to wear them.

The Bronze Age of Earrings

A frozen man found in the Italian Alps, now called Otzi the Iceman, proved that men were wearing earrings as early as the Bronze Age. While he wasn’t found with actual earrings, he had 7-11 millimeter holes in his ears. Those aren’t the tiny holes many of us have now. Those are the larger boreholes you see some people sporting that are extremely large. In those times, the earrings tended to be larger, ornate, and needed enough space to be held. 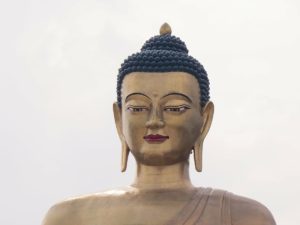 Statues of Siddhartha Guatama, Buddha, show him with stretched earholes. Before he gave away all his worldly possessions, Siddhartha was rich and powerful. He would have worn earrings that pulled down on his lobes.

Earrings for Religious and Mystic Reasons

While earrings were mainly used to show class, wealth, and status, many ancient people wore them to help signify what religion they believed or what tribe or family they belonged to. This helped when strangers would enter communities. Also, many in early times believed evil spirits as well as sickness entered through our body orifices, especially through the ear. They believed by placing earrings near the earhole, with certain gems, they could protect themselves from spirits as well as cure themselves of headaches.

In the 11th Century, earrings all but disappeared in Europe because men and women began wearing ornate head coverings or covered their ears with new hairstyles which meant earrings weren’t necessary.

In fact, it was pirates who helped bring earrings back to Europe as well as improved gem-cutting abilities.

Which brings us to diamond earrings. Those who could afford diamonds would certainly want to showcase them, which is why we see elaborate diamond earrings on the aristocracy in the 17th and 18th centuries. It wasn’t until the 19th century that where diamond solitaires became the norm and most sought after for showcasing sophistication. That’s because the South African diamond fields were opened and the markets were flooded. In the 1920’s, it was considered a “no-no” for a woman to leave the home without wearing earrings. 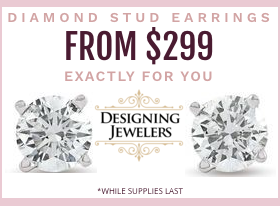 And, we close with Valentine’s Day and the gift your Valentine WILL LOVE! Our diamond Stud Earring sale won’t last for much longer. Make it easier on yourself! Swing by our store, we will help! Or, bring your Valentine in and look together. That makes it extremely easier and everyone is happy!